Asphalt 8 Airborne is a Gameloft racing game with virtual supercars and bikes that has high performance and efficiency. The game comes in career mode as you will race to complete a 100% racing career across major world cities. There many race options with cars and bikes. There is also a feature called multiplayer where you can race against real persons online with cool cars and bikes. 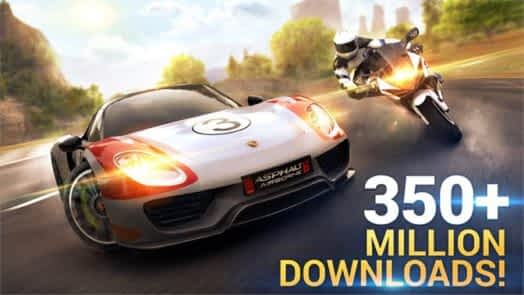 The Airborne has outstanding visuals, high quality sound FX and nice controls. There is in-app purchase in the game where you purchase item and coins. These coins are for car purchases and upgrade. You can spend as low as $0.5 to $100.

Playing the game is fun and quiet easy at the start but never easy as we play along. It is easy to play at the initial level but get tougher as you move ahead to higher levels to meet racers with rough and hardcore cars. The subsequent levels may seem harder to control at first but the game rocks.

The game is extraordinary. Graphics are loaded with volume and depth; gameplay is extremely captivating. Controls are great, despite the fact that, they can be unresponsive and crash now and then. In Performance wise, the game works impeccably, yet on high settings and with internet connection on battery life is severely decreased. The game is halfway reliant on micro transactions.

Notwithstanding, the games has some major flaws like heavy purchases and updates in special events with few or less features added that consumes memory. You will work for days to get token only to realize that you can buy as much as you want with few bucks. While wasting your data and time playing a multiplayer mode over the internet, your opponent might be cheating on you. The game has ads running on it but players are given an option to click ads for double coins.

You better get a very nice performing phone for this game or else multiplayer mode will be loading 20 to 25 seconds after every other online player and it depends on your internet connection. Without a good phone you will be unable to play multiplayer modes comfortably.

There are more than 200 high-performance cars and bikes for driving beyond limits.
You will get free and purchased cars like Lamborghini Veneno, Bugatti 16.4 Grand Sport Vitesse, Ferrari LaFerrari, McLaren P1, Porsche 911 GT3 RS, Ducati Monster 1200.
You will get realistic engine and motor sounds.
There is a customization option for cars and bikes to suit your taste.
Get ready to perform barrel rolls and 360 degree jumps while soaring past your opponents.
Get ready to race in cities like Venice, French Guiana, Iceland, the Nevada Desert and more exciting locations.
There are 9 seasons/level with over 400 events in Career mode.
You can multi-play with up to 8 real players on the internet. 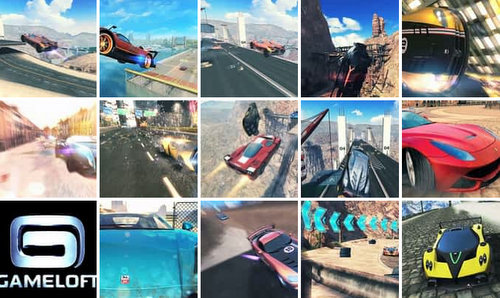 - Tecno Camon 17 is now official; with a revamped rear design and camera

- How to maintain your iPhone’s Battery life and lifespan, According to Apple