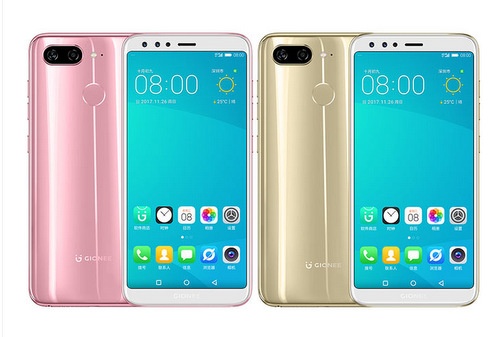 The smartphone is powered by an Octa-core 2.5 GHz Cortex-A53 processor with a Mediatek MT6763T Helio P23 chipset.

Gionee S11 runs 4 GB RAM on a 64GB internal memory which can be extended up to 256GB via microSD. Gionee S11 comes with Android 7.1 (Nougat) with Gionee’s Amigo 5.0 skin that is powered by a 3410mAh non-removable battery.

The camera is equipped with a LED flash dual camera 16 and 5-megapixel rear camera on the back meanwhile the front camera goes with a dual 16 and 8 megapixel for a selfie.

- Gionee A1 – Full Specifications and Price