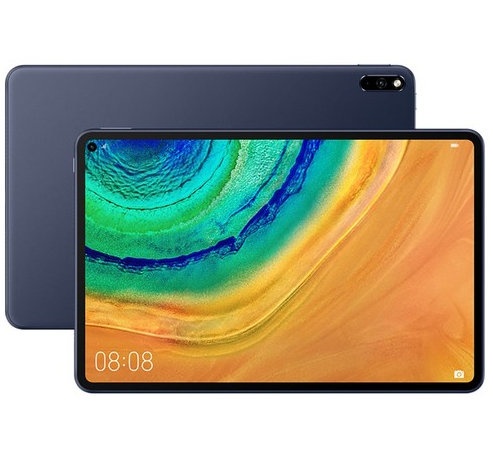 The smartphone also comes with Android 10.0; EMUI 10. It is however powered by a Li-Po 7250 non-removable battery.

It comes with a 10.8 inches IPS LCD capacitive touchscreen and 2560 pixels X 1600 pixels resolution. Therefore, the screen-To-Body ratio is about 86.5% while the pixel density is 280 ppi density.

Huawei MatePad Pro has a body dimension of 246 mm long by 159 mm wide by 7.2 mm thick. The device weighs 460 g. The smartphone also comes with Nano-SIM.

Huawei MatePad Pro camera comes with a 13 Megapixel main camera, With LED flash, HDR and panorama. You can also record videos of about 1080p@30fps and 2160p@30fps with the main camera.

The MatePad Pro front facing camera also has a selfie camera of 8 Megapixel.