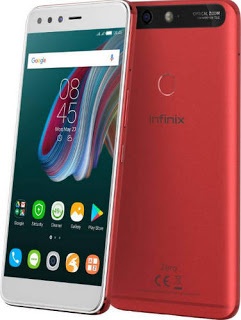 It is built on 16 nm FinFET process having Mali-T880‎ GPU. The new Tecno Phantom 8 also comes with this chip-set.

Infinix Zero 5 comes with two variants 64 GB or 128 GB of internal memory on 6 GB RAM which can be extended up to 2TB via a microSD card. 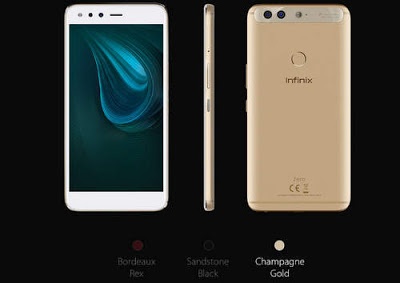 It comes with Android 7.0 Nougat (with XOS V3.0) that is powered by a Li-Ion 4350mAh non-removable battery.

Infinix Zero 5 camera comes with a single LED flash Dual 13 -megapixel and 12 -megapixel rear camera on the back with 10x digital zoom and 2x optical and a 16-megapixel front camera with 1 flash LED for a selfie.

It has a Dual SIM slot (GSM and GSM) which accepts micro-SIM for both slots. Connectivity includes Wi-Fi, Bluetooth, GPS, USB,3G, 4G, and LTE networks(Global Support).  Sensors on the phone include an Ambient light sensor, Proximity sensor, Accelerometer, and Gyroscope.

- Gionee A1 – Full Specifications and Price