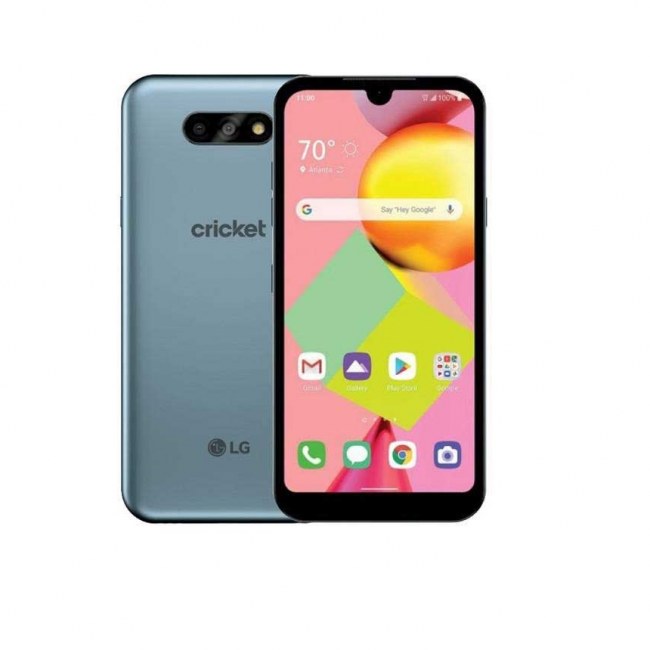 LG Fortune 3 smartphone display flaunts 5.7 inches IPS LCD touchscreen with a 720 pixels X 1520 pixels resolution. Also, the screen-To-Body ratio is about 77.8%, while the pixel density is ~295 PPI. It is however powered by a Li-Po 3000 mAh non-removable battery.

LG Fortune 3 camera comes with a dual 13 and 5-megapixel main camera. Also, the device’s front-facing camera also has a selfie camera of 5 megapixels.

The connectivity of the device also includes Wi-Fi 802.11 a/b/g/n/ac, USB OTG, GPS. Sensors on the phone include a proximity sensor, accelerometer, fingerprint sensor.

MT6762 Helio P22: This is a 64-bit premium mid-range ARM LTE SoC introduced by MediaTek in early 2018. Fabricated on TSMC’s 12 nm process, the chip incorporates eight Cortex-A53 cores operating at up to 2 GHz. The P22 incorporates Imagination’s PowerVR GE8320 GPU operating at up to 650 MHz and an LTE modem supporting Cat 13 150 Mbps upload and Cat 7 300 Mbps download. This chip supports up to 6 GiB of dual-channel LPDDR4X-3200 memory. It integrates eight ARM Cortex-A53 cores in two clusters. The four performance cores clock up to 2.3 GHz (single core up to 2.5 GHz) and the four efficiency cores clock up to 1.65 GHz (big.LITTLE). The integrated graphics card is called ARM Mali-G71 MP2 and offers 2 cores with up to 770 MHz. The integrated memory controller supports LPDDR4x with 1500 MHz or 933 MHz LPDDR3. Furthermore, a LTE radio with Cat-7 DL (300 Mbps download) and Cat-13 UL (150 Mbps upload) and a 802.11 a/b/g/n WiFi modem is integrated.

MediaTek’s latest generation 4G LTE WorldMode modem bringing dual 4G SIM support with VoLTE/ViLTE to affordable yet capable Android devices, such as the MediaTek Helio P22. It focuses on a highly power-efficient design capable of either Cat-7 or Cat-4 (DL) speeds, while TAS 2.0 smart antenna technology further adds to MediaTek’s sustained performance and user experience goals by using the best antenna combination to provide optimal signal quality at lowest power use. For the North American market, the new 600MHz band is also supported. Connectivity upgrades from the previous generation include multi-GNSS options (GPS, Glonass, Beidou, Galileo) with core-enhancements providing 57% improvement in Hot TTFF, 10% accuracy improvement and up to 24% lower power operation thanks to a new, dedicated sub-processor. For the latest Smart Home devices, Bluetooth 5 is available sporting up to 2X speeds and 4X range and 8X broadcast capacity over the previous generation. BT and Wi-Fi (now 802.11ac) simultaneous co-existence can provide up to 5X Wi-Fi throughput boost over the previous generation.

Android 10: This is the tenth major release and the 17th version of the Android mobile operating system. It was first released as a developer preview on March 13, 2019, and was released publicly on September 3, 2019.

It was was officially released on September 3, 2019, for supported Google Pixel devices, as well as the third-party Essential Phone and Redmi K20 Pro in selected markets. The OnePlus 7T was the first device with Android 10 pre-installed. In October 2019, it was reported that Google’s certification requirements for Google Mobile Services will only allow Android 10-based builds to be approved after January 31, 2020. As of November 2021, 27.71% of Android devices run Android 10 (API 29), making it the second most used version of Android. With Android 10, you can organize and prioritize notifications by marking them as “silent” or “alerting”. Silent and alerting notifications are separated in the notifications bar, making it easier for you to see what needs your attention.