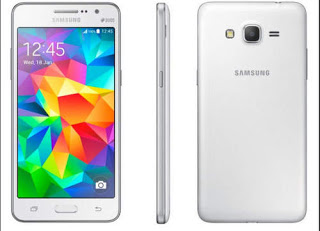 Galaxy Grand Prime is powered by an Quad-core 1.2 GHz processor with a Qualcomm MSM8916 Snapdragon 410 chipset and it has 1GB of RAM.

The smartphone packs 8 GB of an internal storage which can be extended up-to 64GB via microSD card. It comes with Android 4.4.4 (KitKat), upgradable Android 5.1 (Lollipop) that is powered by a Li-Ion 2600 non-removable battery.

Samsung Galaxy Grand Prime camera comes with a LED flash 8-megapixel rear camera on the back with autofocus, geo-tagging, face detection and a 8-megapixel selfie with LED flash.