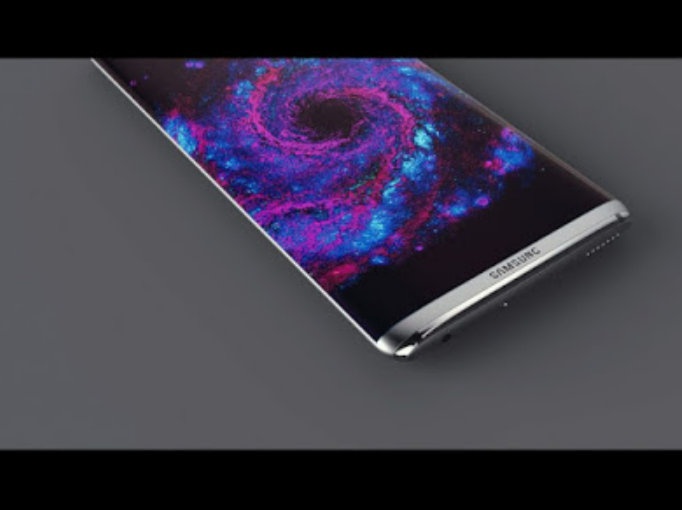 Samsung has confirmed that the Galaxy S8 will be unveiled at an Unpacked event in New York and Lond on March 29, also at a separate event in Korea on 30 March. You can watch this Samsung Upacked live event using the Samsung Unpacked app from Google Play now for a free live stream of the event. According to Forbes, the small print in the Target ad reveals that customers will be able to pre-order the Galaxy S8 (and presumably the larger Galaxy S8 Plus), from April 2nd. This ties in nicely with Samsung’s confirmed March 29th press conference in which it will unveil the new phones. The phones are subsequently expected to hit stores between April 21st and April 28th.

Speculations has it that Samsung Galaxy S8 will come in two variants: Samsung could launch its next smartphone in two screen size variants – 5.7-inch and 6.2-inch. The larger variant is expected to be called the Galaxy S8 Plus, which is said to have the model number SM-G9550/SM-G9550X; the smaller Galaxy S8 variant, on the other hand, is said to have the model number SM-G9500/SM-G9500X. More recently however, screen sizes of 5-inch and 6-inch were tipped for the same models.

Samsung Galaxy S8 is expected to feature a 5.5-inch 4K (2160×4 pixels) Super AMOLED display and will boast of an impressive pixel density of 806ppi. On the other hand, Samsung Galaxy S8+ is said to have a 6.2-inch display with QHD resolution.

Samsung Galaxy S8 is pegged to have a dual-edged curved display with almost negligible bezel and 18:9 aspect ratio; the display may be named ‘Infinity Display’. There was an early report that pegged the screen-to-body ratio at 90 percent. The recent photo leak shows that the display takes up all the space, and only the top and bottom bezel are seen; a promotional video by Samsung that is said to feature the upcoming Galaxy S8 also shows that the smartphone has thin bezels on the sides, and that the display takes up most of the front panel.

Samsung is expected to place an optical fingerprint scanner under the Galaxy S8’s display, which means the phone won’t need the lower bezel to house the Home button that previously integrated the fingerprint scanner, but the most recent photos suggest it has gone for the easier option and may reside on the rear next to the camera. Samsung Galaxy S8 will encoporate an iris scanner, which will provide exclusive privacy and allow users to unlock the smartphone just by looking at it.

Qualcomm has confirmed to PC Advisor that Samsung was working with it not on the Snapdragon 830 but on the Snapdragon 835. This chip is manufactured using the 10nm process and integrates the Adreno 540 GPU. With a release date of early 2017 it’s very likely that this is the processor the Galaxy S8 will receive.
It’s the first Qualcomm processor to be made with a 10nm process, which will bring various improvements including performance (up to 27 percent higher) and efficiency (up to 40 percent lower power consumption) and lead to better battery life for devices. Read more about the Qualcomm Snapdragon 835 processor here.
According to Evan Blass, the Galaxy S8 will be “11 percent faster than the Galaxy S7 overall, with 23 percent faster graphics processing, but still 20 percent more energy efficient”.
Modems aren’t particularly exciting to most people, but the Galaxy S8 will come with Qualcomm’s X16 via the Snapdragon 835. It’s significantly quicker than the S7’s X12 modem and can support up to 1Gbps download speeds – that’s Cat 16 LTE. When we have the networks to support it, you’ll be able to theoretically stream a VR event live or download films in a matter of seconds.

The Galaxy S8 is also rumoured to have a 256GB storage variant. It is unclear whether this will be the only storage option, or one of the storage variants made available in the market.

Early leaks point at a dual camera setup at the back – one 16-megapixel lens and another 8-megapixel lens. However, the latest leaks hint that due to the large display in the front, a dual camera setup will be hard to cram in. The camera, however, will see and upgrade and the Samsung Galaxy S8 may finally become the company’s first smartphone to feature autofocus functionality on the front camera.

A report on wccf tech says the Galaxy S8 will feature dual-camera lens modules likely to be manufactured by Samsung Motors (Semco). However, a Weibo tipster says only the S8 Plus will get a dual-camera, while the standard S8 will stick with a single camera at the rear.