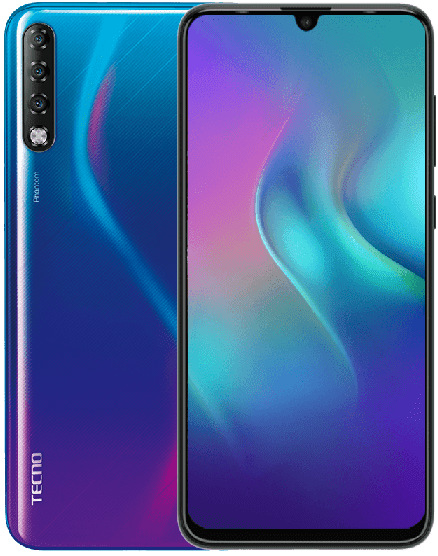 Starting with an impressive 6.39 inches AMOLED display, the device has a stunning 84% screen-to-body ratio by using a waterdrop-style notch inside which houses the selfie camera. It is not the big screen estate that makes the display gorgeous, it is the choice of the resolution. On a smartphone with such a large screen, the higher the pixel resolution, the better. Tecno understands this, and went with the choice of a Full-HD+ (1080 x 2340 pixels) resolution, instead of the HD+ (720 x 1520 pixels) screen seen in recent Tecno devices like the Camon 11s, or even the Camon i4.

On the Phantom 9, we have 4-camera sensors in all; 3-sensors at the back, and one upfront. The rear camera comprises a 16-megapixel main camera with PDAF and quad-LED, a 2-megapixel depth sensor for Bokeh and other AI geeks, and a large 8-megapixel wide-angle lens. 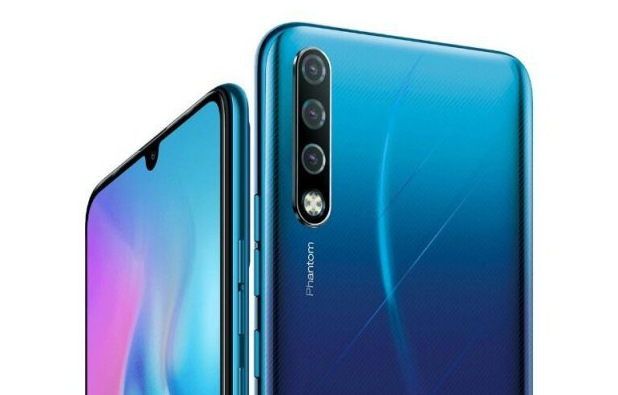 Tecno Phantom 9 front camera sensors three sensor combinations above are optimized using the artificial intelligence of the CPU and that of Android 9.0 Pie, to give you the best possible camera experience on a device of this price range. But that is not my most innovative part just yet, seen that camera set up so many times already. The device even has a large 32-megapixel front-facing camera, but I’ve seen that before too. But can you see the dual front-mounted LED flash on the top bezels, just above the display? Awesome right! Men, it looks so beautiful and unique. Since the advent of Waterdrop, a U-shaped, Dewdrop notch cut-out, most OEM has relied heavily on smartphone screens to illuminate the objects in low-light condition.

Tecno Phantom 9 Operating System and Others

The Phantom 9 is powered by Android 9.0 (Pie) based on HiOS v5.0. It comes with a dual Nano-SIM with support for a 4G LTE network. The device is available in Aurora of Lapland Aurora, Blue and Champagne Gold, and fuelled by a 3500mAh battery out of the box.

Tecno Phantom 9 price in Nigeria starts from 91,000 Naira. Price starts from 24,500 KSh in Kenya and 1000 GHs in Kenya and Ghana respectively. The smartphone has been launched and available in the market since July 2019.