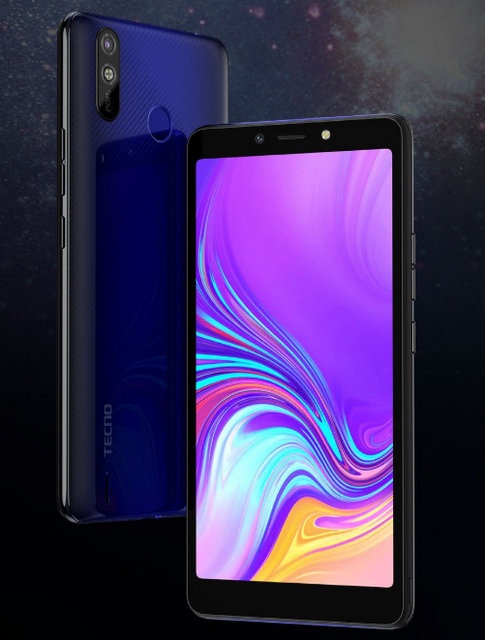 TECNO Pop 2 Plus smartphone was announced in May, 2019 and released in May, 2019. The smartphone display flaunts 6.0 inches IPS LCD capacitive touchscreen with a 720 pixels X 1500 pixels resolution.

The smartphone also comes with Android 8.1 Oreo (Go edition). It is however powered by a Li-Po 5000 non-removable battery.

It comes with a 6.0 inches IPS LCD capacitive touchscreen with a 720 pixels X 1500 pixels resolution. Therefore, the screen-To-Body ratio is about 72.8% while the pixel density is 179 PPI density.

TECNO Pop 2 Plus camera comes with a 5 Megapixel main camera. With Dual-LED flash and HDR. You can also record videos of about [email protected] with the main camera.

The Pop 2 Plus front facing camera also has a selfie camera of 8 Megapixel.

The TECNO Pop 2 Plus operating system runs on Android 8.1 Oreo (Go edition). The smartphone works on Mediatek MT6580P. The CPU is a Quad-core 1.3 GHz Cortex-A7. Also, the graphic processor is Mali-400MP2.

The phone memory comes with a 16GB internal storage. It can also be expanded with a microSD. The Smartphone runs on 1GB RAM.

TECNO Pop 2 Plus battery capacity is 5000 mAh. Connectivity on the TECNO Pop 2 Plus also includes Wi-Fi 802.11 a/b/g/n/ac, USB, GPS. However, the network features include: