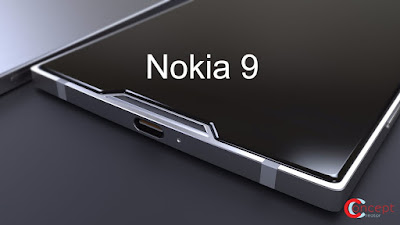 Nokia is about to take back its high position in the World mobile market through the help of HMD. We all know that Nokia has been out of the game for a long time now, As of recent it has announced its comeback through the launch of New Nokia 3310, Nokia Edge, Nokia 5, Nokia 6 and its latest development is rumored to be the Nokia 9. Wow!

According to Nokia Power User, the New Nokia 9 specifications will match the likes of the LG G6, the Huawei P10 and the hottest Andriod phone of the moment ‘Samsung Galaxy S8’.

The Smartphone will run on Android 7.1.2 Nougat and a QHD OLED display measuring 5.5 inches (1440×2560 pixels). Reports has it that it will be powered by a Qualcomm Snapdragon 835 SoC coupled with 6GB RAM.

The Nokia 9’s camera features will be a 22-megapixel dual-lens rear camera setup with Carl Zeiss optics, and a 12-megapixel front-facing camera.

According to ndv, The smartphone will reportedly be available 64GB and 128GB storage variant, and powered by a 3800mAh battery with Quick Charge 4.0 fast charging technology.