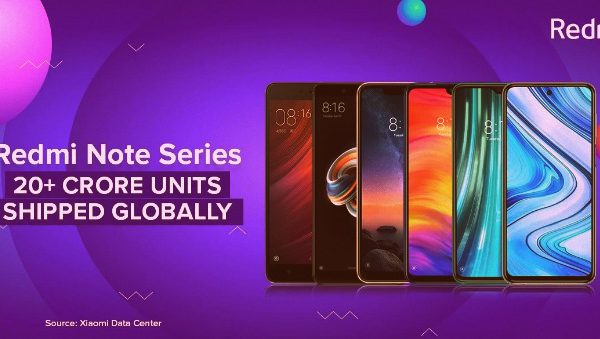 Xiaomi has announced a remarkable achievement today – the company has sold 200 million Redmi Note phones across the world. The series has been the maker’s bestseller since the arrival of the first Redmi Note in March 2014 and has been the driving force that pushed Xiaomi up to third place in the world.

Xiaomi first introduced the Redmi Note series in 2014. A couple of years ago, in 2019, along with announcing the Redmi Note 7 series, it revealed that Redmi has become an independent brand. It is one of the most successful product lines of the Redmi brand.

The company also announced China will finally get the Note 10 series on May 26, and the country might get a new device as well, according to an official poster on Weibo. The phone, powered by the MediaTek Dimensity 700 SoC, is expected to be made available in China in four color options. The Pro version of the same is expected to come packed with the MediaTek Dimensity 900 chipset.

While Redmi is preparing for the local launch of the Note 10, its CEO revealed another milestone – 45.2 million Note 9 phones were sold all over the globe, which is over 20% of the total amount of 200 million sold since 2014.

This shows improvement in the brand popularity regarding Xiaomi’s affordable devices and this will continue for the fact that the Redmi Note 10 Pro and its siblings are among the hottest offers this year.