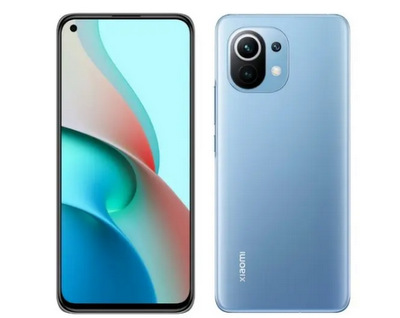 Xiaomi launched its Mi 11 Lite series globally earlier this year. With the smartphone featuring lightweight and amazing design combined with good hardware, they are known as the brand’s slimmest smartphones. According to reports, Xiaomi wants to bring this device as its thinnest smartphone in India. The smartphone has 4G and 5G versions, and possibly, the 4G variant will be launced in India first.

The new announcement comes through from the leakster Abhishek Yadav. According to him, the 4G alternative is launching shortly in India. Moreover, one of Xiaomi’s officials has also taunted the launch of the forthcoming Mi smartphone in India. The teaser does not particularly suggest the name but indicates a device that is “Lite and Loaded”.

The Mi 11 Lite 4G boasts a 6.55-inch AMOLED display including a Full HD+ resolution, has a 90 Hz refresh rate, and a 240 Hz touch sampling rate. The panel also offers 10-bit TrueColor and HDR10+ support. Notwithstanding the AMOLED display, Xiaomi chose to not equip the phone with an in-display fingerprint solution. Instead, we get a more conventional side-mounted sensor. The device also has dual audio speakers which absolutely make the experience of watching movies better.

The 5G version launched in Europe with a price tag of 299 Euros. That is approximately INR 25,600. The device operates with the Qualcomm Snapdragon 732G SoC also has 6 GB of RAM plus 128 GB of Internal Storage. The device comes in various colorways including Boba Black, Peach Pink, and Bubblegum Blue. The device has an amazing 6.81mm thickness and weighs 157 grams. Notwithstanding this, the battery capacity is pretty nice with 4,250mAh and the smartphone also has 33W fast-charging support.

The MI 11 Lite camera didn’t disappoint with a triple-camera composition. It has a 64MP main camera and an 8MP ultrawide sensor. Also, we have a valuable 5MP tele-macro camera with an f/2.4 aperture. It is better than the generic 2MP macro cameras spotted in some Redmi smartphones. As for the selfies, the smartphone possesses a 16MP selfie camera living inside the punch-hole.

Sadly, we don’t have a specific launch date for the device in India, but we expect it will drop sometime next month.